I visited the David Bailey’s Stardust exhibition in April and was intriguingly surprised by some of the work shown. No, it was not the iconic passport style portraits of “A” listed celebrities, which by the way I like. It was the inquisitive addition of a series of portraits taken on a smart phone. These images were not as technically impressive due to photographic limitations, however having a photographer of David Bailey’s stature condoning and embracing this new approach to photography gives it great weight as an acceptable art form to exhibit.

The National Portrait Gallery flyer had a couple of interesting quotes, from Bailey giving us a brief insight into his approach. I have selected a few images from the exhibition to view while pondering his words.

” When I photograph people, directly they come through the door I’m already photographing them. You watch the way they move, and their personality, and which side of the face they prefer, and all sorts of things” David Bailey 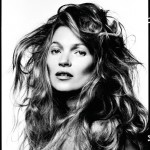 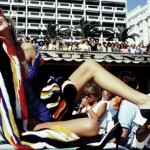 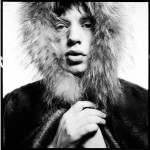