The Radical Eye: Modernist Photography From The Sir Elton John Collection
10 November – 7 May 2017

Elton John’s collection of photography is immense. Most are black and white portraits including Irvine Penns abstract images of Elton John himself. This exhibition is a fantastic was of seeing some of the most influential images from the last century. Favourite photographers include, Man Ray, Dorothea Lange, Lazlo Moholy-Nagy and ….

To own one of these iconic images would be amazing. A video of Elton Johns flat takes you around the rooms and corridors decorated with photographs. Some photographs are mounted only a few feet from the ground whilst others are almost touching the ceiling, time for a bigger flat Elton?

Besides the images there is something striking and unusual about the exhibition, the framing. All the photographs are mounted in ornate mainly gold frames, which normally are associated with Constable or Turner paintings. This does not work for me as I find they distract from the images, however you do gain a slight insight into Elton Johns artistic mind.

For me this is an exhibition you have to see. There are so many photographs that I have read about and studied, amazingly all in one collection, astonishing. Book your ticket and enjoy!

Here are a few highlights:- 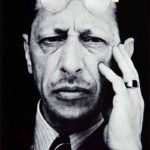 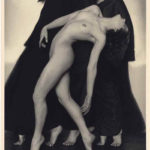 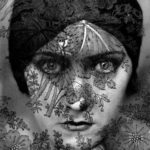 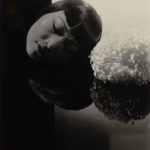 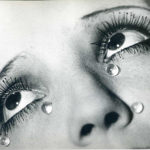 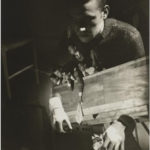 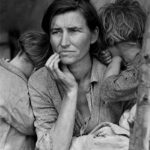 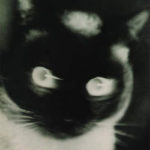 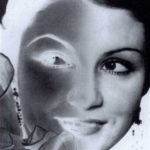