A motion picture style developed in the 1940s and 1950s, which became iconic due to its contrasting lighting. The filming approach would often create a very eerie, bleak and stark mood. Elongated shadows would add suspense and where synonymous to the genre.

1949 – The Third Man directed by Carol Reed. A Graham Greene screenplay, this film in regarded by many as one of the best examples of the Film Noir genre.

1946 – The Big Sleep directed by Howard Hawks. Based on the first Raymond Chandler novel to featured the tough, hard-drinking private eye Philip Marlowe.

The images below are just a few experiments I have taken in the Film Noir style. 1. Self Portrait Shadow. 2. Millennium Wheel Shadow. 3. Overhead View Of Street Crossing 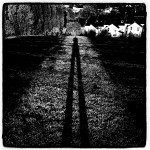 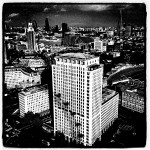 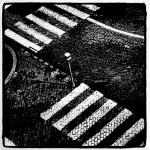